100% of your donation goes directly to one of our projects in Israel.
We have no paid staff and no paid office space. We are all volunteer! The founding premise of Shelters is:
EVERY DOLLAR GOES TO ISRAEL
Make a Donation!

Taking responsibility for one another doesn’t always start from the top down. Or emanate from the financial wherewithal to do good deeds. But it does take a passionate commitment to make a difference. Case in point: the Los-Angeles based nonprofit Shelters for Israel.

It was 1948 and the world was witnessing the birth of the new nation of Israel out of the ashes of the Holocaust. A group of friends, themselves immigrants to a new country—women who had fled their native Hungary and the ravages of Hitler to start a new life in the United States—wanted to be part of this Jewish history in the making. That desire to make a difference led to a simple idea. 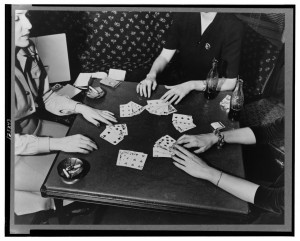 Each week at their regular card game, the women would put their winnings into a collective pot. Modestly adding to the coffers every week and waiting for the right opportunity to put their dollars into action. By the mid 1950s, their patience would pay off.

Hundreds of thousands of new immigrants were flooding into Israel. That was the good news. The flip side was the enormous pressure it put on the young country to get immigrants out of tent cities into permanent housing being built by the government. The government’s plan was an exciting one: enable Israel’s newest citizens to own their own home, by having the immigrants make a modest down payment towards a heavily subsidized purchase price. But even ten to twenty percent of a modest sum can seem like a fortune when you are building a new life out of thin air.

Enter Shelters for Israel. The group of card-playing friends formally launched Shelters utilizing its savings as the seed capital to create a housing fund that advanced, as a loan, the down payment immigrants needed. Again, a beautifully simple concept that would have an enormous radiant impact: by advancing the down payment as a loan and not an outright gift, as the loans were repaid Shelter dollars would be recycled and distributed to others. This project would become the first in five decade’s worth of designated Shelter projects in Israel.

From an initial couple of dozen families, by the ‘60s the Shelters roster of members would grow to more than 500 families—a core group of approximately 100 funding families and several hundred more dues paying members.

A completely volunteer effort, with no professional staff or offices, Shelter fundraising efforts ranged from simple bake sales to dinners to direct solicitations. Every year or two, as Shelters accumulated sufficient funds through its network of donors, often with one family providing a significant portion of the funding in honor or memory of family members, an unmet need in Israel was identified and a project selected.

The focus of Shelter projects has to a great extent paralleled the growth of Israel, evolving to meet the growing needs of those original immigrant families. As the young families grew and the need for kindergartens and daycare centers became acute, Shelters was there. Now, security, senior housing, populating the Negev and the Galilee, aiding students and disadvantaged youth have become the important areas of need. To date, Shelters for Israel has built over 60 capital projects in Israel. The vast majority of Shelters for Israel projects are located in the more geographically and economically vulnerable periphery areas of the country, areas where the needs are the greatest. Recent projects in the last five years have included Senior housing renovations, playgrounds for disadvantaged youth, student dormitories, youth social clubs, hospital equipment and an ICU ambulance. Second generation members and their friends, inspired by  their parents’ passion and dedication, are committed to continuing the important work of Shelters for Israel, and are proud to continue to fund projects wherever needed in Israel.